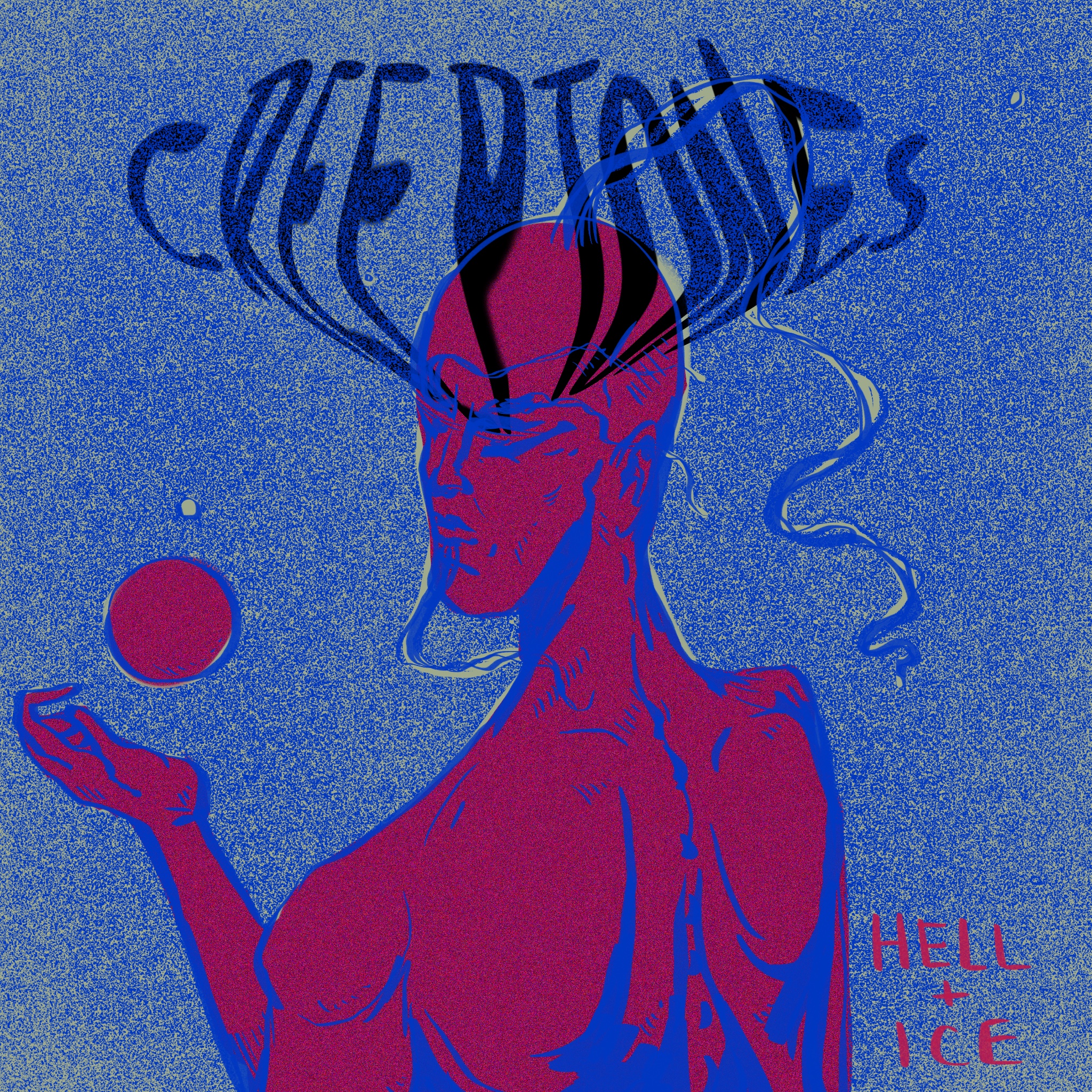 HELL AND ICE, OUR NEW RECORD- AVAILABLE ON ALL STREAMING SERVICES AUGUST 22ND!

Join us on Saturday, August 22nd on Twitch.tv/CreeptonesLive as we debut our album live with you. We can't wait to share this group of songs with the world! Luckily the release date is drawing closer each day. We've poured our hearts, minds, and time into this record and we hope that you love listening to it as much as we loved creating it.

It's been quite some time since our first album, The Creep Is Born was released, almost 8 years at the time of writing. Without making excuses, the first few years in between consisted of us mostly playing live gigs, and trying to grow our presence that way. A bunch of gigs in Asbury Park, a bit in NYC, and shitload throughout the state. We had hoped to slowly build a larger following before we went on our first tour, but we caught a couple of lifes curveballs and it proved difficult to achieve our goals. We shifted gears and while we lived together for awhile and became one of the first bands to stream on Twitch- something we were very proud of and had a lot of fun doing. The next few years included 2 moves, an engagement, family members being born into the world, and a lot of personal development that I think was necessary before we continued to push forward and make our place in the music world.

We've constantly been writing music but something I always had trouble with was finishing songs. Somewhere along the way that problem kind of corrected itself, and it left us with 13 tracks that we are so excited to have part of our (slowly) growing discography. We've got maybe 150-200 songs in the hopper, so we promise it won't be 8 years before we release the follow up to Hell And Ice.


Join us at Twitch.tv/CreeptonesLive on Sat, August 22nd for the debut of Hell and Ice, special performances, and an introduction to our new Streaming setup. I've poured nearly a thousand hours into setting up our Stream room, a 2nd pc for encoding, new midi instruments, software, a Streamdeck for automation and awesome features like the ability for the viewer (you) to control the lighting in the room! Can't wait to see you there